Having a Blackbird for a friend is a little unusual.

I’m not ashamed, and when you know how it came about I think you will understand.

Her partner disappeared in the middle of last spring and she was left to bring up her two chicks all by herself; not an easy task.

She managed it very well and they flew off into the world happy and healthy and a little bit wise. Not too much though; you know how young ones are.

She had been mated to George for several years and each spring he would risk his life to bring back enough food to feed his insatiable family. I couldn’t understand why they did it, year in and year out; it seemed like such a hassle.

I’ve seen exhausted blackbird parents run into windows and get hit by cars. Blackbirds seem not to care about their own safety when they are feeding their little ones.

I don’t have any pups; at least, not that I know of.

I’ve never been partnered up with a bitch; I’m a love ‘em and leave ’em kind of dog.

Mind you, I nearly settled down with Sophie.

She was a gorgeous little blond Maltese and she lived quite close by. Her mistress wouldn’t let her out of the yard but I often went around there anyway.

We would sit by the fence and I would imaging making love to her, doggy style, of course.

She was up for it.

That’s one of the good things about being a dog.

If we see someone we REALLY like, we suggest it, and if she is willing, we get stuck in, so to speak.

I don’t have to buy her dinner and she doesn’t expect me to call her the next day but she does expect me to find a good, juicy bone and bring it by.

It’s the least I can do for a pretty bitch.

But, there was none of that with Sophie; I just couldn’t get at her. It was driving us both nuts, but I was too short to get over that fence, so now I just dream about her.

Her mistress moved away and Sophie went with her.

I suppose you are wondering about the blackbird I mentioned earlier. She was different to all the other birds.

For starters, she didn’t steal my fur when I was sleeping in the sun.

She would fly down and sit on that plant pot that is just by the pond and tweet very softly so as to wake me up gently. “May I please have some of your old fur so that I can line my nest?”

How could I refuse such a polite request.

“Sure thing lady. I’ll try and keep the bits that fall out in one place, and if that isn’t enough, just let me know and you can have a little bit of the fur that hasn’t fallen out. But just a little, mind you.”

“That won’t be necessary. The bits that fall out will be sufficient for my needs.” She spoke beautifully.

I could tell that she was well-educated.

It was sad when George didn’t come home that night.

She waited for him for days and days.

She must have been very hungry but she was frightened to leave the nest in case her chicks got cold.

In the end, I had to do something, so I stole one of my mistresses wooly socks.

The nest was not too high up but I can’t climb for shit so I yelled out, “Hey lady. Take this sock and put it on your chicks and then go and get something to eat while you still have enough energy to fly.”

I pushed the sock as high up the trunk of the tree as I could but she was too weak to fly with it.

Fortunately, it was late in the day and the flock of cockatoos was close by. They come our way late in the day. They make a terrible noise and I tend towards the school of thought that says we should bark a lot and frighten them away, but today I needed help.

The problem with cockatoos is that they all look the bloody same, and I needed to find one particular cockatoo.

Jeremy wasn’t born in the wild.

He escaped from a backyard cage and joined the flock a couple of years ago. He told me all about it one sleepy Saturday afternoon and it’s a hell of a story but I don’t have time to tell you that one just now.

It took a little while but I eventually found Jeremy.

I told him what I was trying to do and he said he would help.

He’s a big bird so getting the sock up into the tree was no bother for him.

When he first escaped he didn’t know much about looking out for himself and he got pounced on by a large tabby cat.

He lost a few tail feathers and was putting up a pretty good fight when I stepped in.

Cats don’t mess with me, they know I mean business.

I’ve got a reputation.

Jeremy was a bit embarrassed about the whole thing and he said he could have taken that cat on his own, but he did say thank you, and we have been friends ever since.

I introduced him to the flock.

They don’t like me much due to all the barking and the chasing, but they took him in anyway; which was good.

The sock did the trick and the Blackbird got stronger and the chicks got bigger.

You can still see that sock if you look really carefully, it’s way up on the right; in that fork.

Do you want to know the nicest bit?

She brought me the longest piece of red thread, just to say thank you.

I don’t know what I’m going to do with it but I was very touched.

Maybe I’ll loan to her so that she can dress up this years nest, and if she doesn’t need it I know this Robin who collects red threads. 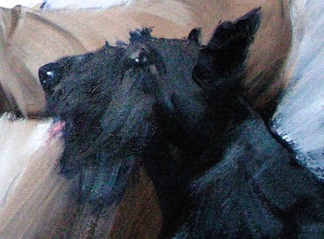 By now, you probably know that Rufus has an interesting life for a small black dog. He has been on many adventures and you can find some of the here…..

11 thoughts on “Rufus and the Blackbird.” 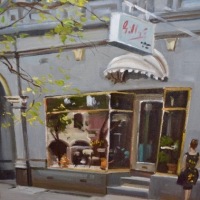 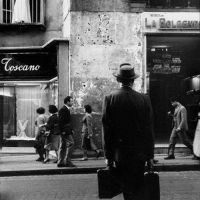 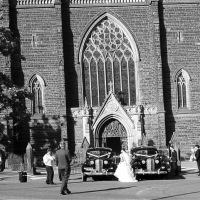 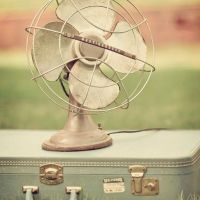 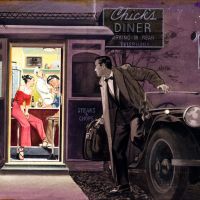 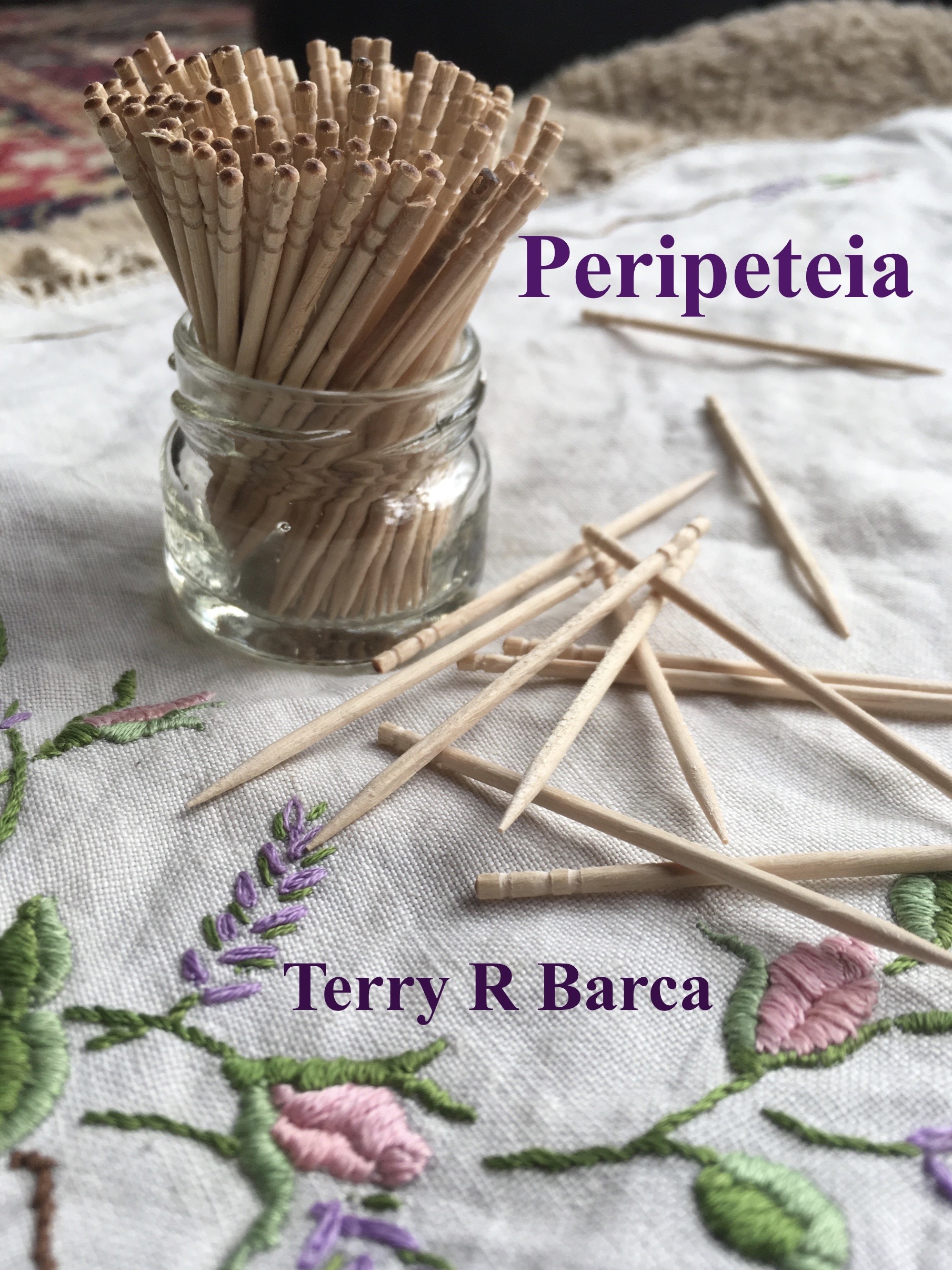 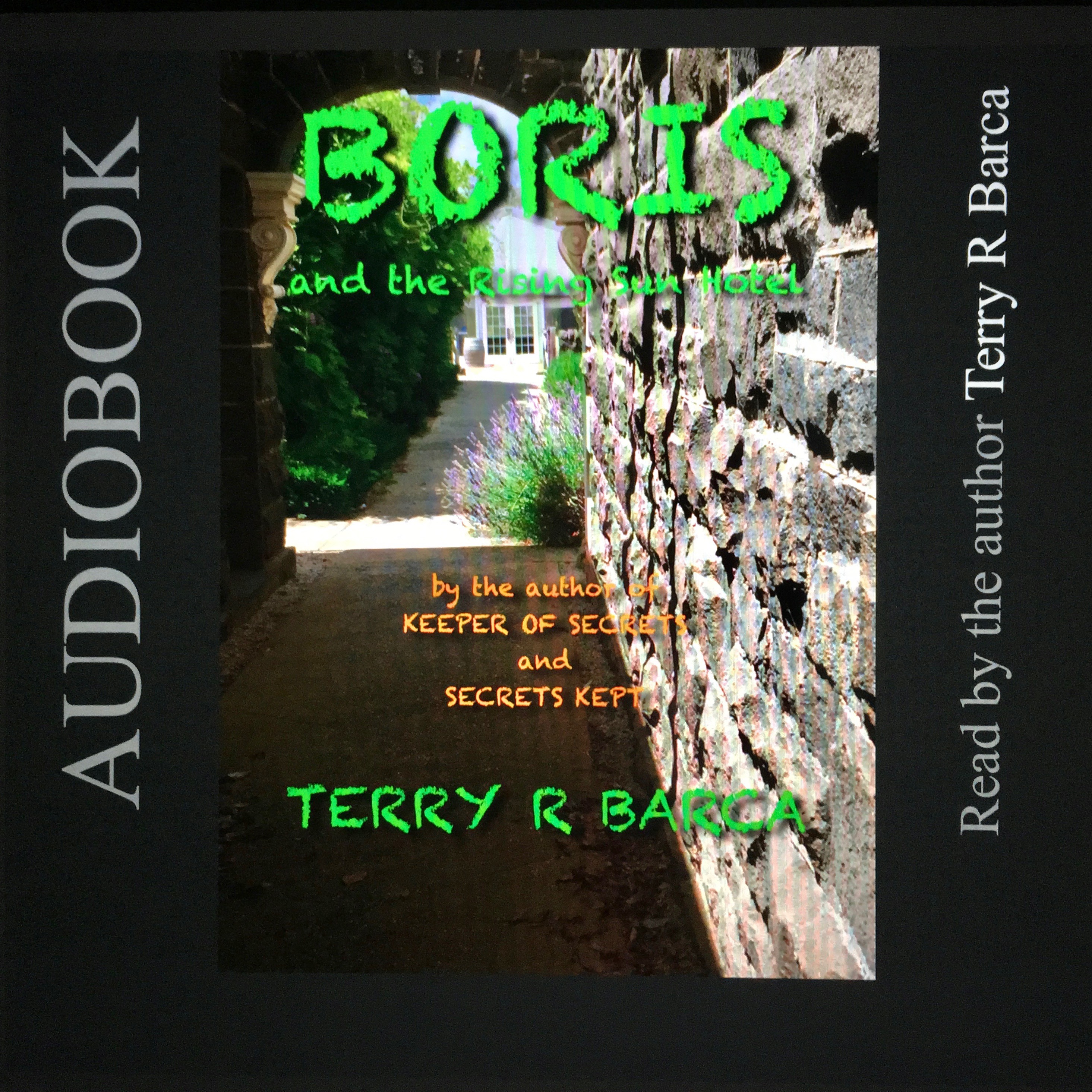 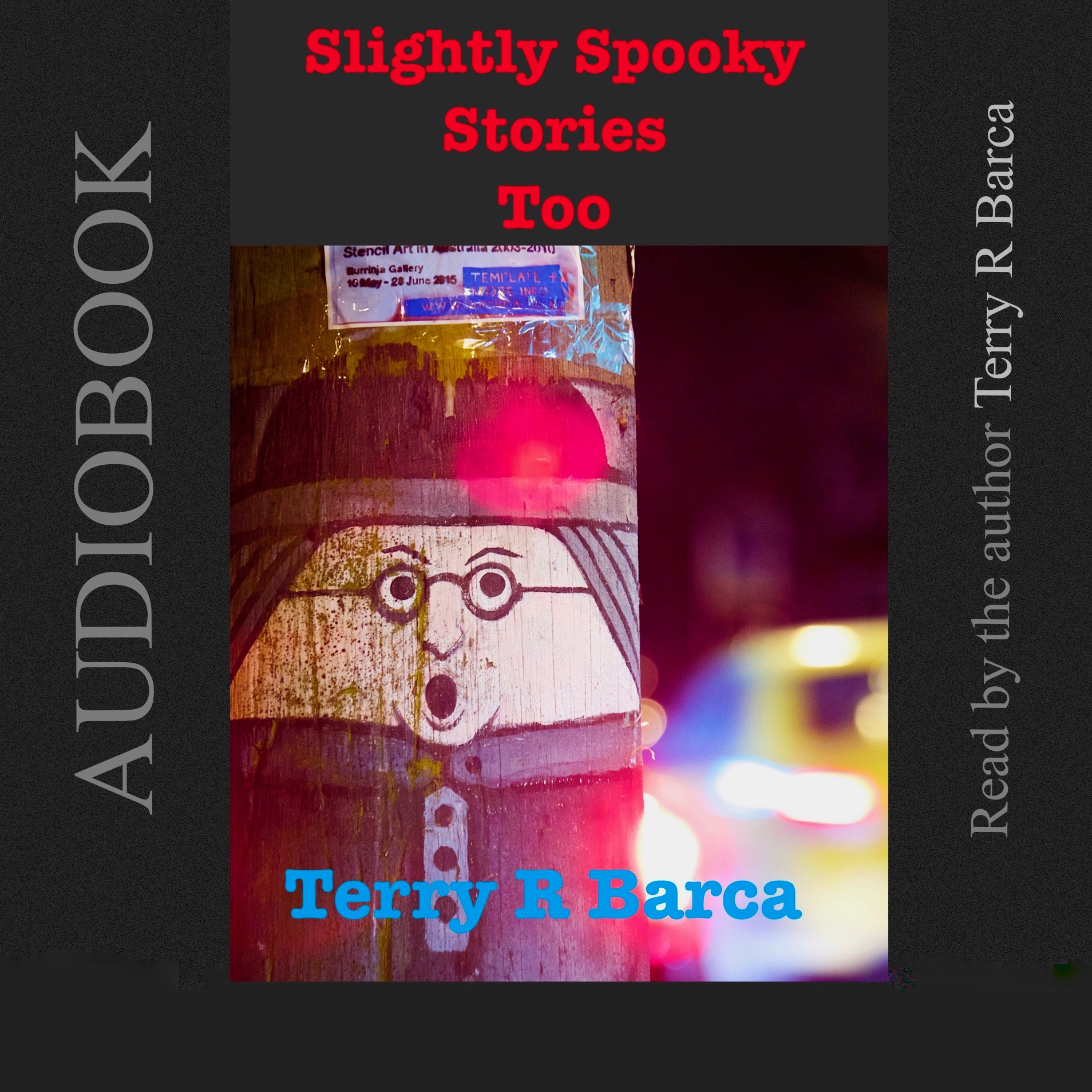 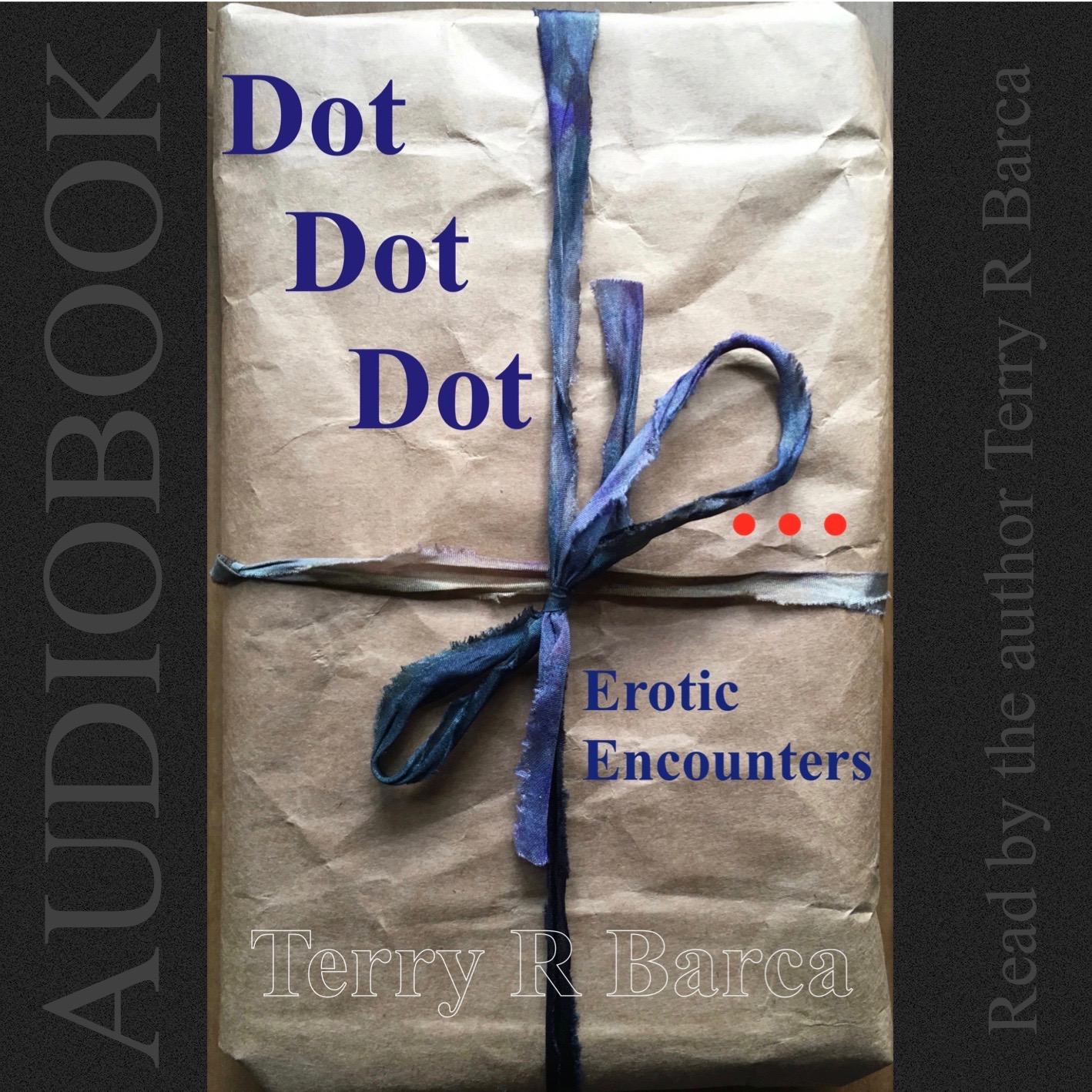 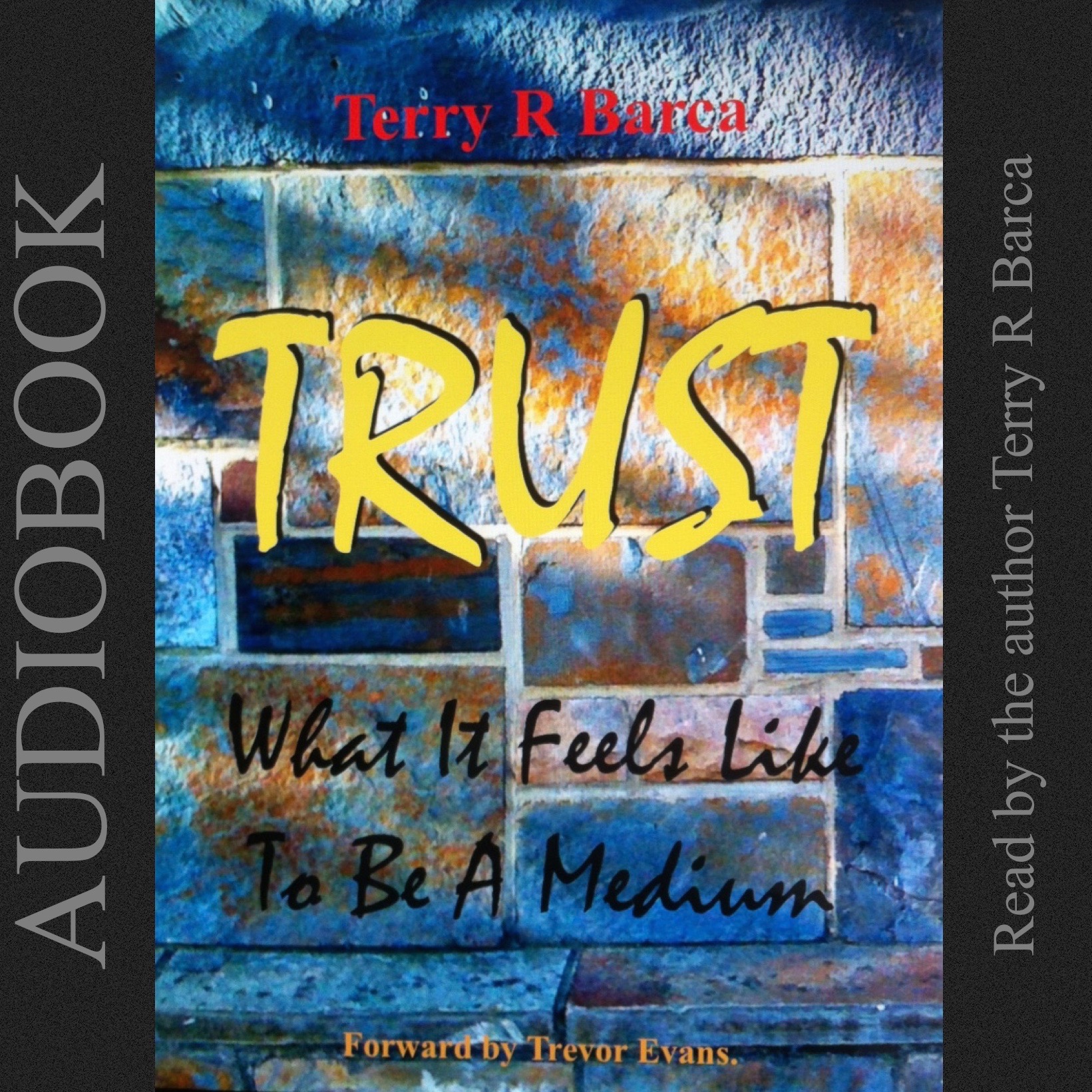 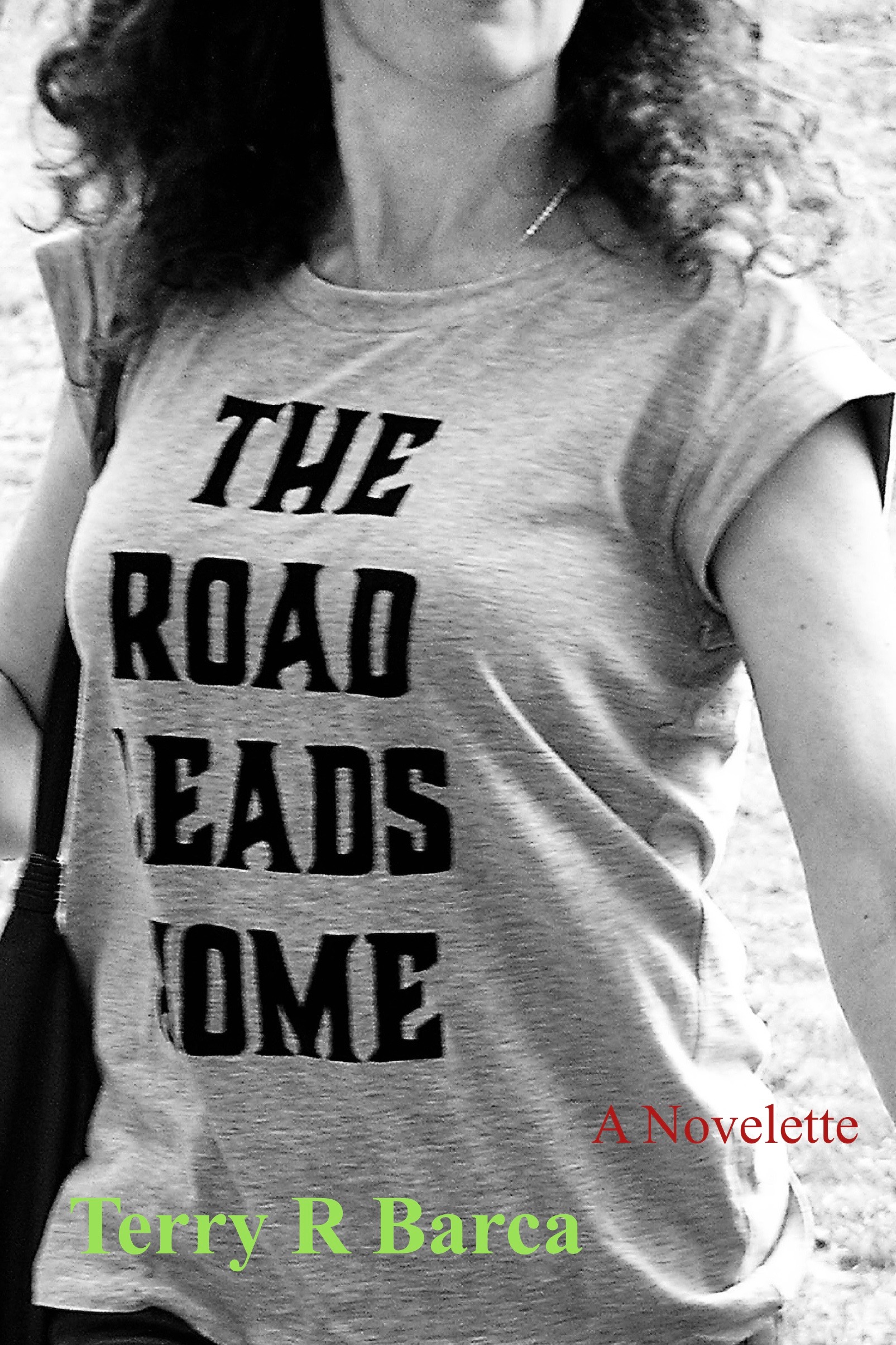 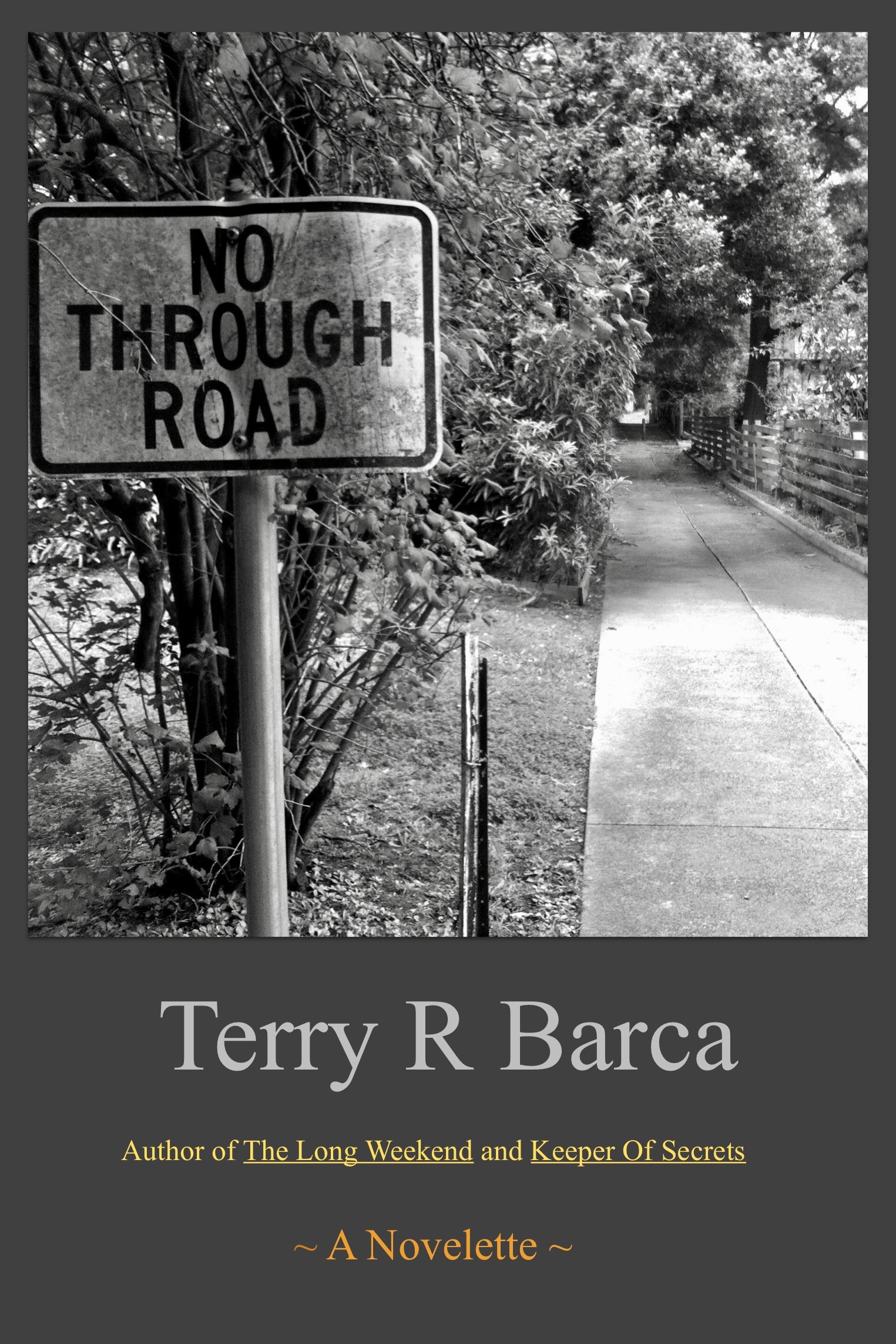 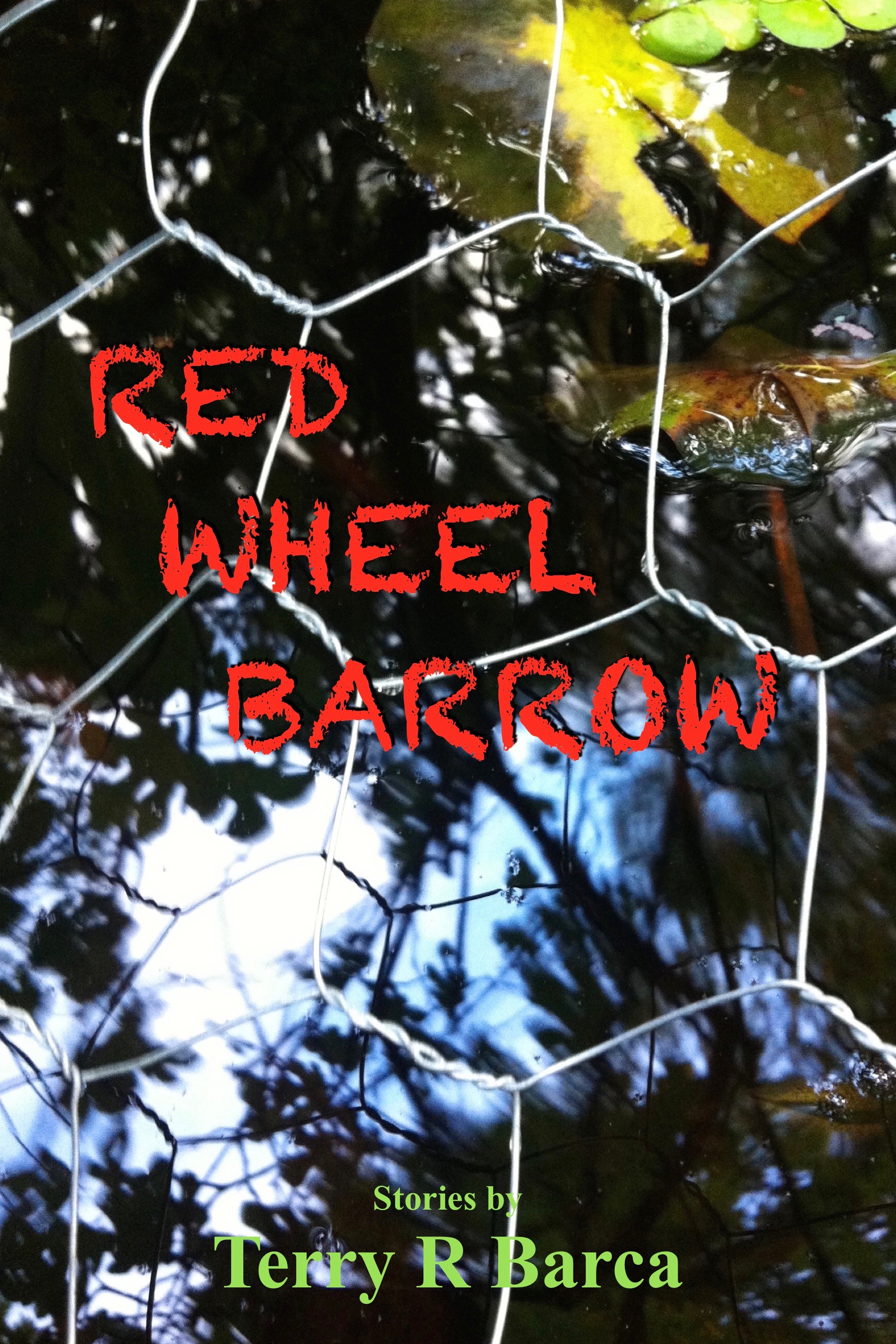 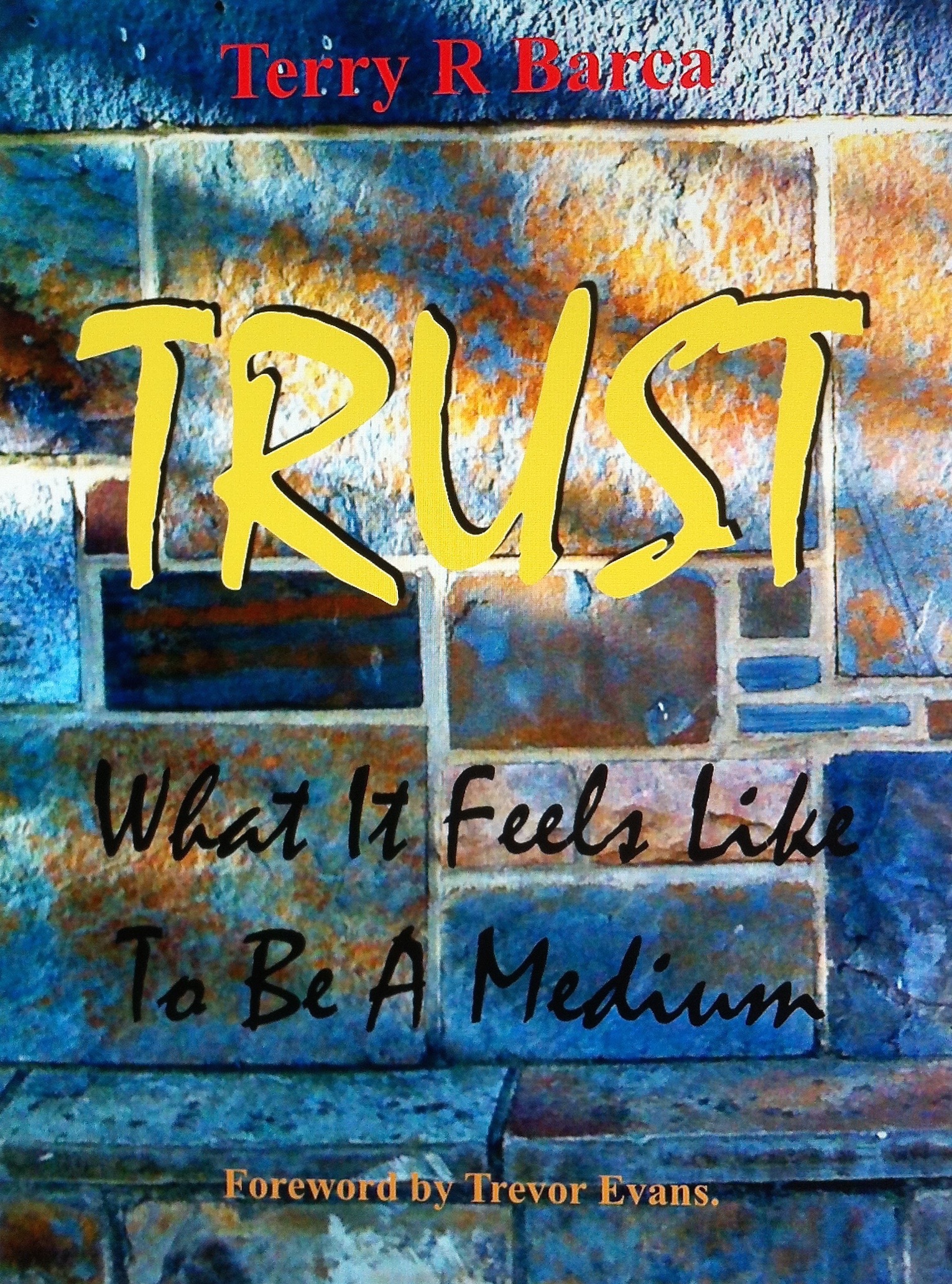 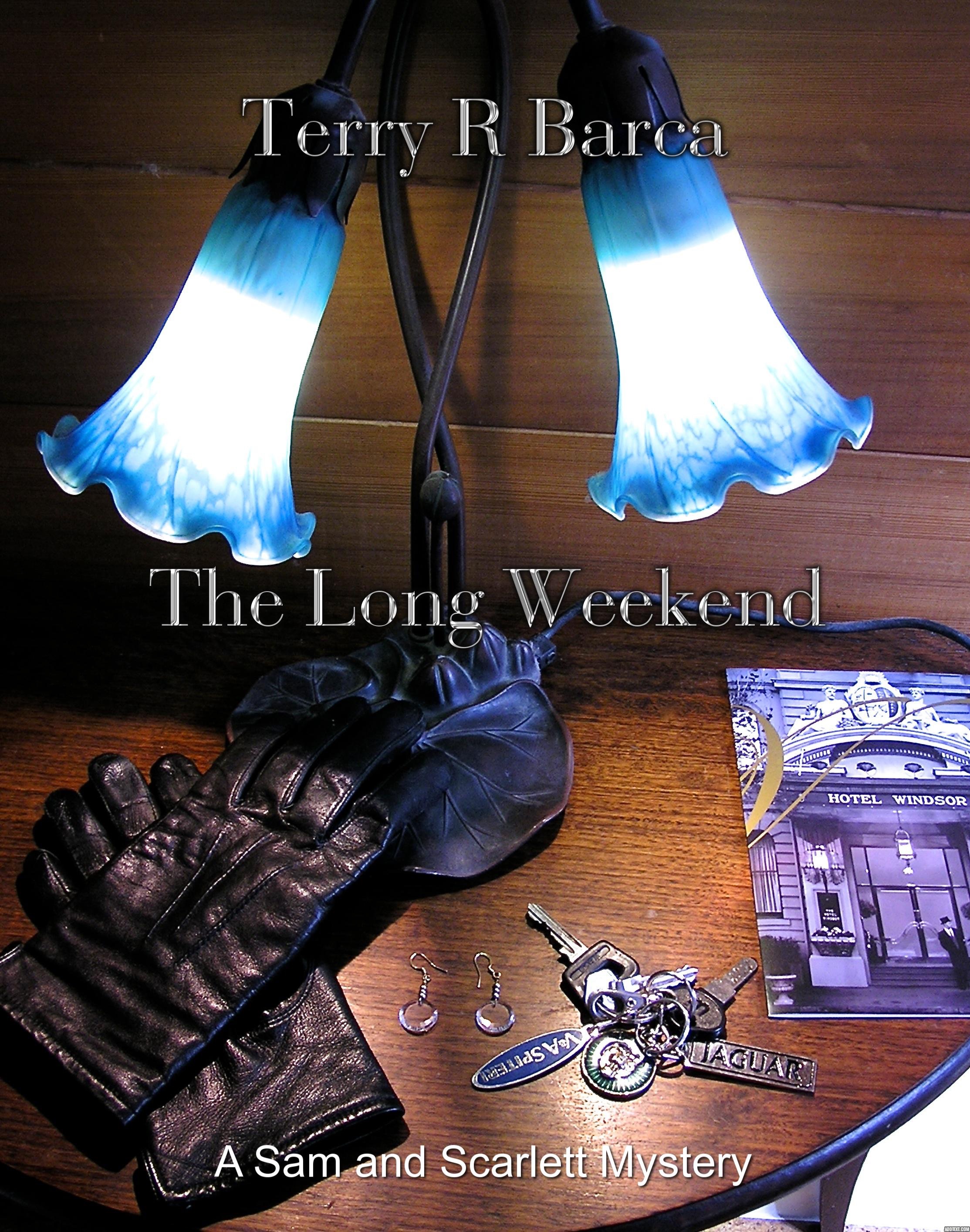 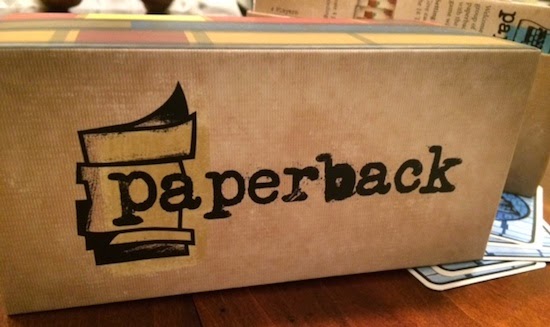